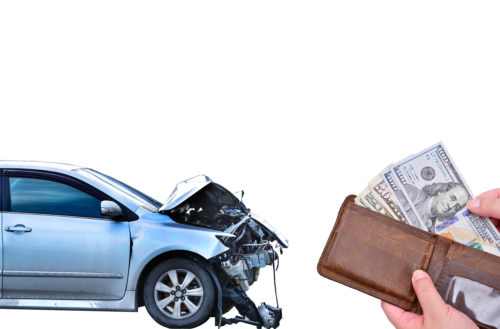 When a party is found at fault in a civil case, they must usually pay compensation to the victim. This compensation is designed to put the victim in the same position as if the injury had never occurred. In reality, putting the pieces back together after an accident is often impossible, but awarding the victim… Read More

Your odds of being involved and getting injured in an automobile accident may be greater than you believe. The Centers for Disease Control says there are about 6 million automobile accidents annually in the United States. On average, that is over 16,000 accidents each and every day. These accidents result in the injury of over… Read More

Every year in High Point, NC, and throughout the United States, slip and falls are a major cause of personal injury and related personal injury claims. In fact, according to the non-profit National Floor Safety Institute, falls account for over 8 million hospital emergency room visits annually. This makes falls the leading cause of visits,… Read More

According to reporting from Fox 8 WGHP, a 44-year-old High Point, North Carolina man was the victim of a deadly motorcycle accident that occurred near an entrance ramp of Interstate 74. Based on a preliminary investigation, law enforcement officers from the High Point Police Department believe that both alcohol and excessive speed were factors in… Read More

In Hairston v. Harward; the North Carolina Supreme Court held that uninsured/underinsured motorist benefits received by a car accident victim; are not credits against any personal injury award. There is a principle known as the “collateral source rule. This rule basically states that a court cannot reduce a personal injury award to account for payments the… Read More

When a passenger vehicle and motorcycle collide, the auto accident is often fatal for the motorcycle rider. As a result, substantial compensation may be available to the survivors. Authorities quickly blamed a motorcycle rider for a fatal auto accident in High Point. But was it really his fault? The wreck occurred in front of a… Read More

We have all felt the searing pain of a kitchen stovetop burn or the lingering blister caused by grabbing a hot pan. Most burns happen in the home, and many of these burns can be incredibly severe. Burns also happen at work or as the result of traffic collisions. A tractor-trailer collision ended in a… Read More

A utility worker in Taylorsville, North Carolina was recently killed while cutting a tree away from a downed power line, according to WRAL.com. Typically, injuries and fatalities that happen on the job are covered by workers’ compensation benefits, and filing a lawsuit is not possible. Workers’ compensation benefits pay for medical costs and wage replacement,… Read More

A three-car crash on Highway 96 illustrates the complicated fact patterns involved in many car wreck cases. According to witnesses, a Toyota Camry driver was operating his vehicle erratically while tossing empty beer cans out of the window. After smacking into a pickup truck and causing it to roll down a steep embankment, the Camry… Read More